Of Franco-Iranian origin, Parvine Curie is a French sculptor belonging to the new School of Paris. For her series of characters with folded wings, she expresses herself :

"This year, I was obsessed with the relationship that secretly unites man and animal. This "character with folded wings", a massive figure, but made more airy by its golden quivering dragonfly elites " - 2017 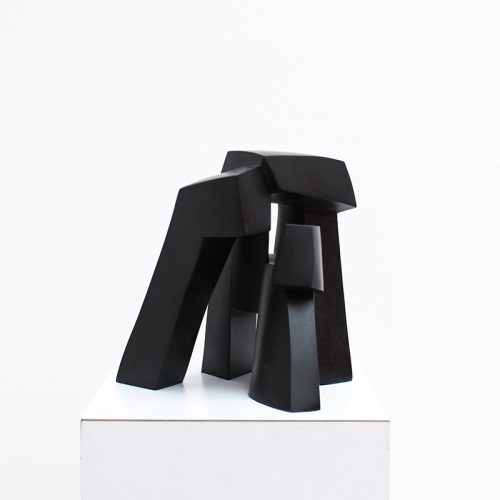 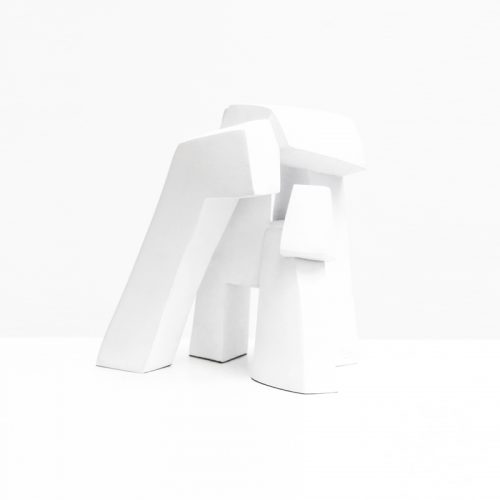 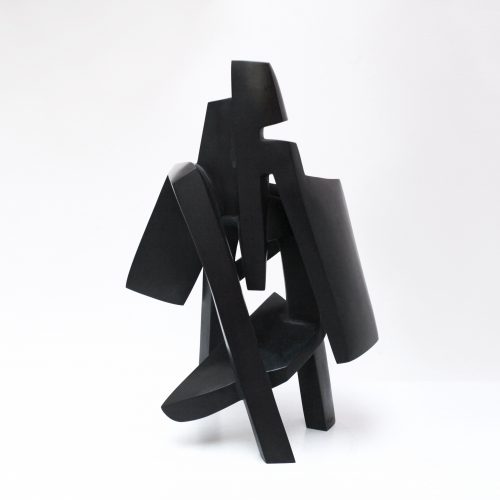