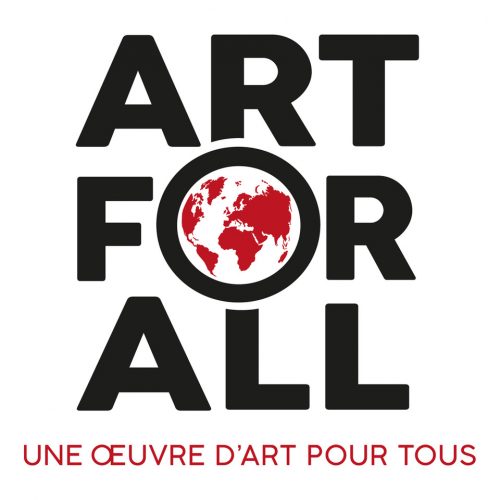 “Great works of art are only great because they are accessible and comprehensible to everyone. “
Léon Tolstoï, WHAT IS ART ? (chapter X), 1898

For thousands of years, the history of humanity has been characterized by the incredible capacity of human beings to adapt to their environment by using the power of imagination and of creation. This extraordinary faculty, that distinguishes us from most species, manifests itself in particular by an artistic production we have been iving with daily for the past 42 000 years.

But if art is as vital to us, is it attainable to everybody?

Art has often been a tool of propaganda or political and social separation, a way to define and sometimes divide populations. We will have to wait till 1959 for André Malraux to raise the notion of “democratization of art” and favour the opening of cultural spaces to a new public. But again, the most humble in the population are not able to acquire works of art for themselves. Museums have been producing exhibition catalogues, then posters and more recently “goodies” to satisfy the visitors eagerness, but a barrier still needed to be crossed. In the 1960’s Andy Warhol opened a breach with his silkscreens, followed by Keith Haring in the 1980’s when he widely and loudly declared “art is for everybody”. Still even if street art has changed our perception of what exhibition spaces could be, everything needs to be done in terms of acquiring art. It’s urgent today to demystify the “elitism” of art to make our connection towards artworks evolve.

It’s with this idea in mind that the “Art For All” collection was created.

The Loft gallery has chosen with this unique angle, to offer for sale key artworks of great quality. Each chosen piece has been thought thru and made with the collaboration of the artists in a numbered limited edition, accompanied of a certificate of authenticity, at an affordable price (from 150 to 800 €). With this in perspective, to buy artworks is no longer a budget problem, but clearly a question of desire.

It is time today to declare: Yes Art is For All ! Yes everybody can buy art! and yes art can invite itself in all the areas of your life!

The need for esthetics is universal and now we can have our own artworks in our homes. Let’s put some poetry, some travesty or mystery in our everyday life.

Let’s just simply live art, for us …for all.

Starting from the observation that art should be addressed to everyone, the LOFT gallery has launched a collection of works by international contemporary artists, in the form of small but high-quality editions that are as affordable as they are desirable. In direct collaboration with artists or their assigns, each work is numbered between 300 and 1000 copies with the artist’s signature, presented in an elegant box accompanied by a certificate of authenticity and a presentation booklet, offering us the possibility to become true art collectors.

Discover the collection ART FOR ALL