“The paintings of Raphaëlle Bertran are immediately recognizable by their tiny figures unfolding on large or small formats. These chiseled figurines act in contrast to the informal space in which they are located. They require attention from the viewers that go from the detail to the whole. These compositions appear as a compendium of human history, a universe where the absurd, terror and life force combine like a very current reflection of the world, a topicality restored from scenes borrowed from the material of the past.
Her approach is divided between painting and video that she wanted to combine during her diploma, in a closed room for which she had designed the lighting. The spectators moved around in a place where canvases and screens responded to each other like an environment. Paintings, films and digital images are traversed by representations that are both nocturnal and solar, shaped by cruel figures often taken from the history of art. Cruel because death and massacre jostle on the irregular and dark surface of her paintings, the videos bathed in a glowing light revealing or guessing the shadow of a dog on a beach or the bullfighting confrontation of a bullfight.
Interview with Marc Desgrandchamps, January 2020 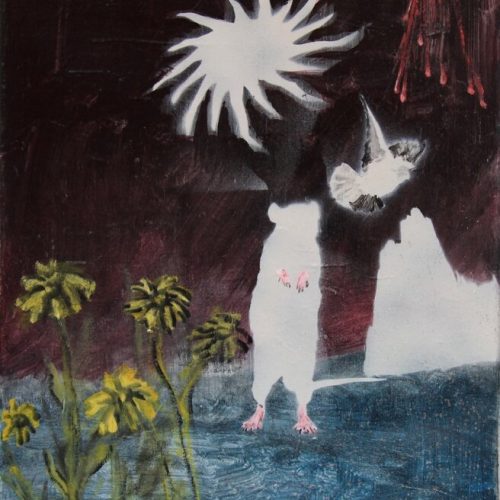 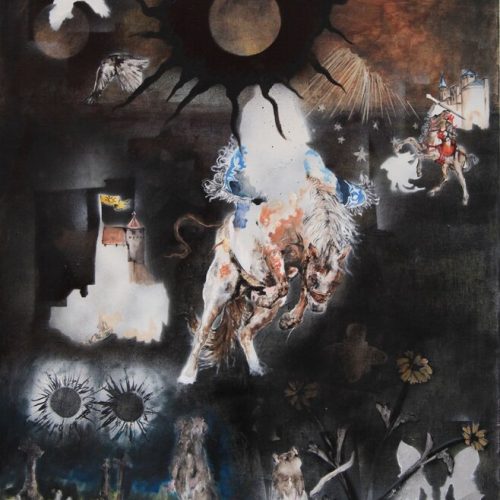 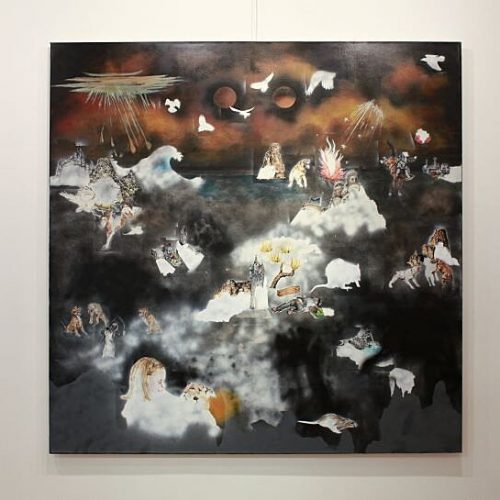 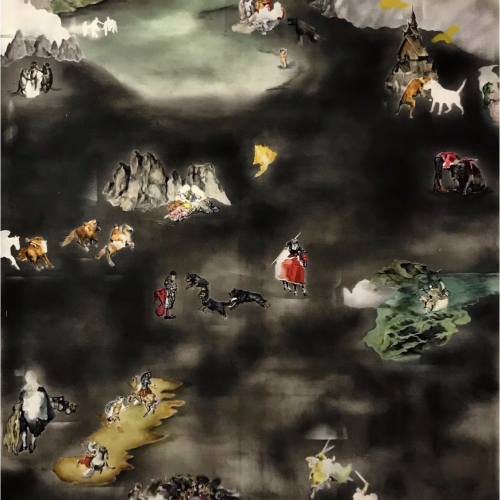