Here is a house of straw burning before our eyes. This photograph refers to the evacuation of Beijing. It is part of a series of chronological photographs. The house is burning. But when the fire is extinguished, a woman stands. She doesn't look at the camera. She turns her back on us. She stares at the small house of straw and cinder blocks that burns. The woman wears a white silk dress. But a naked man and another woman are lying on the floor on white sheets. 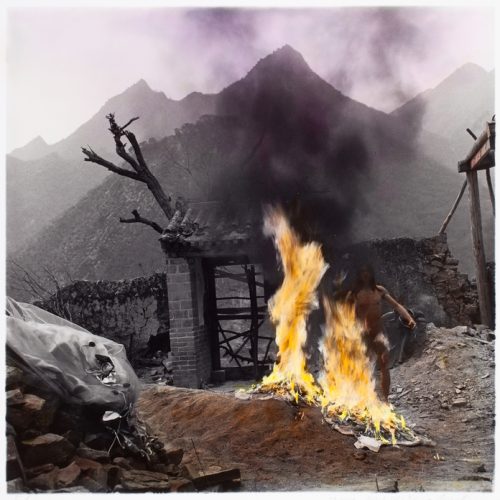