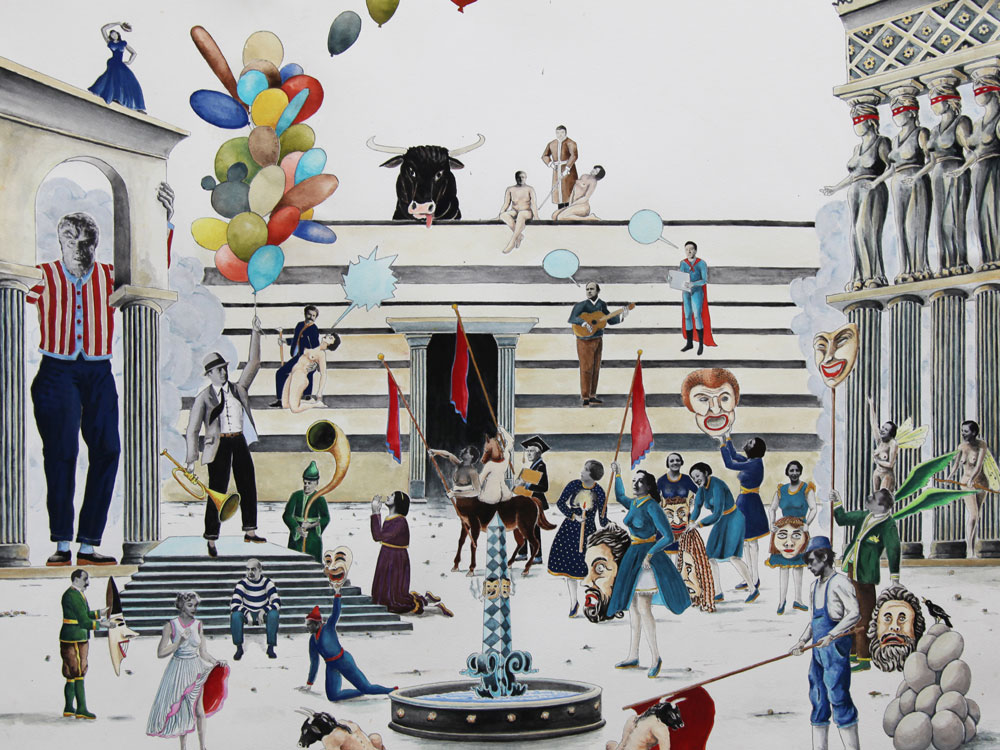 Christos Kalfas or the little theater of the reinvented imagination.

“But, said Alice, if the world has absolutely no sense, who’s stopping us from inventing one?”

Populated with icons from another time, flowery Marylines, flying Mona Lisas and multiplied Alices, the works of Christos Kalfas are constructed like “random theatres”. His drawings grouped together in the exhibition “Once Upon a time”, of a poetry as touching as fascinating, revolve around black and white photographs of famous or anonymous faces borrowed from the world of art, literature or the cinema. Cut from books or magazines from the beginning of the century, they slip over the surface of the work to breathe an anachronistic dimension into the paper, both “real” while being anchored in an atmosphere of a nostalgic bygone era. For Christos Kalfas, these “heads” thus represent our “collective memory” with which he plays to create skits from which everyone will compose their own story. Using exclusively black and white images to maintain a certain neutrality, he explores hundreds of collected images in search of the one that will have the right expression, the right size or the right position to compose his work. Once positioned on the paper, these heads then find a second life by incarnating themselves in so many colorful figures which awaken during astonishing sketches. The decor is set, and the human comedy comes to life. It’s a whole kaleidoscope of images and ideas that overlap to create a “narrative” that comes to be built in an indefinite space-time, without background or perspective, to be transformed into a singular form of “writing”. .

Like Lewis Caroll’s Alice who questions her unconscious in her sleep by traversing incredible fantastic and fantasized universes, the characters of Christos Kalfas are then projected into dreamlike and allegorical worlds, exploring myths, History, the universe and life. The thousand references they evoke raise as many questions as they give rise to feelings and the paradox of the dichotomy between their heads and their bodies comes to symbolize the many contradictions of our time. Here, nothing is fixed. The ballet of figures carries us away according to our desires. Our imagination unfolds and our unconscious gradually takes over the artist in the perception of the works. For Bruno Duborgel, they then become “a machine for reeling out potential narratives, a machine for machinations and of which it is up to the spectator, the required adventurous giver of meaning, to activate the crank. And the little stories thus generated, far from coming from some surreal planet disconnected from our own, turn out to constitute a subtle tool, a magic compass from which to question the permanent traits of our Humanity and Great History” (Bruno Duborgel, Nos images in the aquarium).

The spectacle of sweet tragicomedy offered by the artist takes us to new territories. Between dreams and reality; past, present and future; Here we are immersed in the heart of the theater of an imaginary in constant reinvention, that of our own human nature, ambiguous, rich and complex. 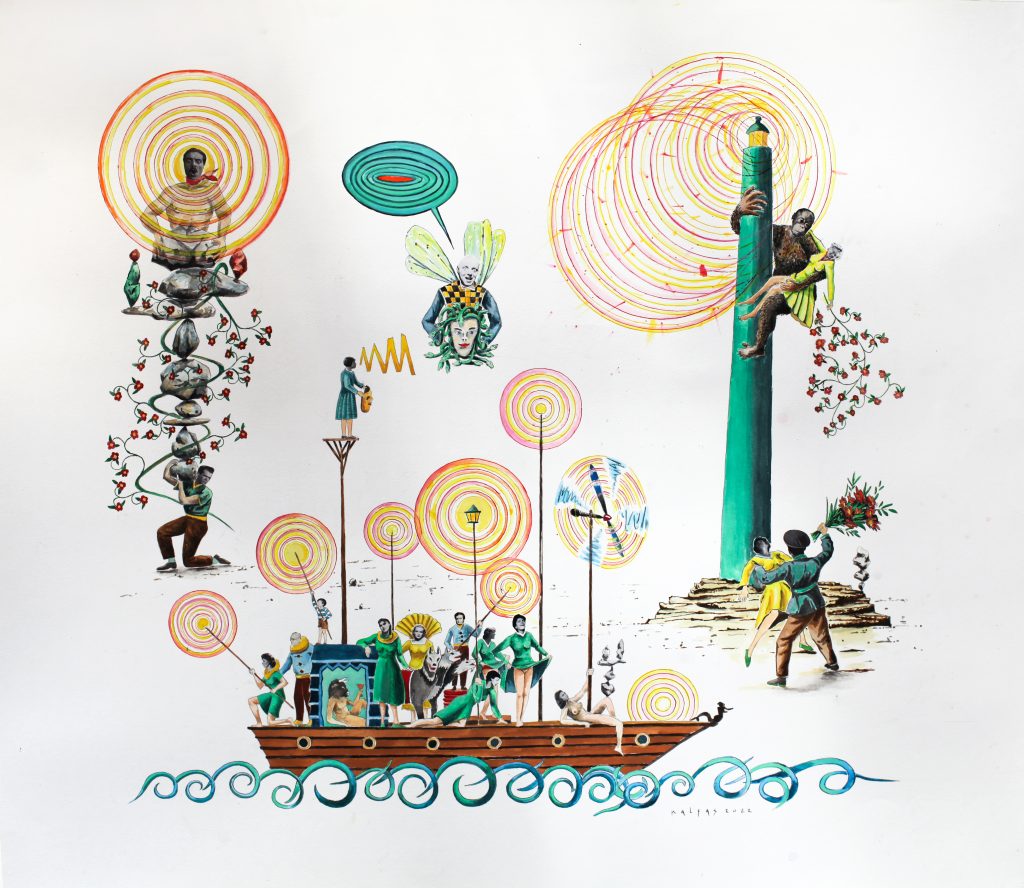 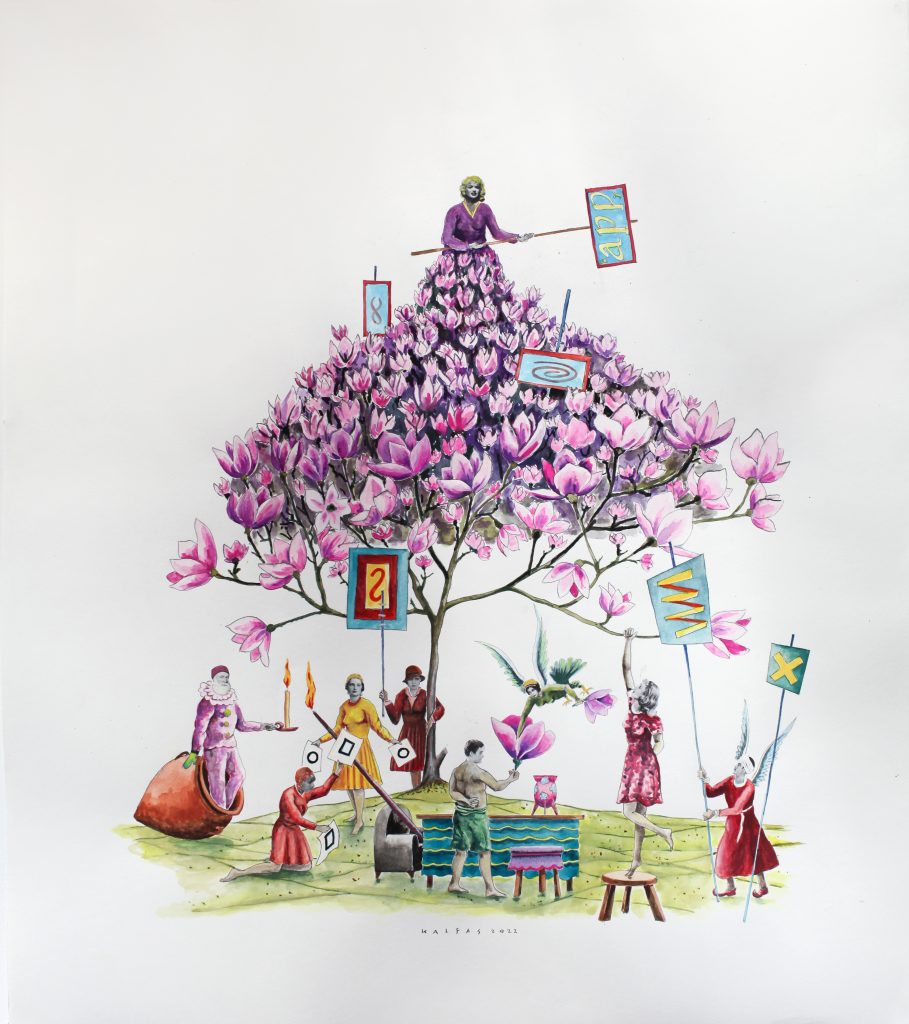