He has exhibited in several Chinese galleries, but also in Jakarta, Indonesia. He has also participated in several collective exhibitions and various fairs, across China, in Hong Kong, at the Suzhou Biennale, in the United States, in Italy or in England.

His works are also present in several public collections, including that of the Wall Art Museum in Beijing, or the Yuehu Art Museum in Shanghai. The artist currently lives and works between Beijing and Leshan and teaches at the same time at the Leshan Academy of Fine Arts.

Liu Xintao's works present nocturnal visions of urban landscapes, bringing out their fundamental strangeness. In the temporary absence of the sleeping crowds, the omnipresence of the messages of political and economic power shines through, revealing their disturbing nature as organizational devices of public spaces. 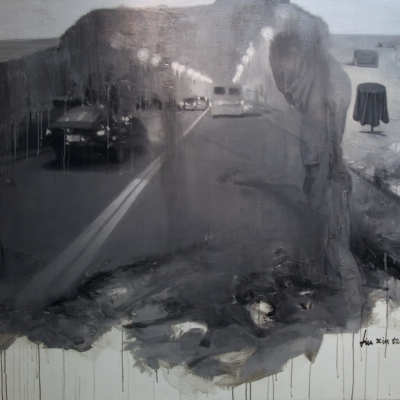