For this creation, Younesi interested in the mystic dervish theme. ( “Dervish”, a Turkish word, is someone guiding a Sufi Muslim ascetic down a path or "Tariqah", their focus is on the universal values of love and service, deserting the illusions of ego to reach God.) They were presented here in group, some of them standing up and the others sitting. The Dervishs are religious intellectuals choosing their extreme poverty and humanity, rather than material richness and honours.

Artist draws inspirations from a poem of Saadi (1210-1283), one of the most great poets and Persian storytellers of the medieval age. He was famous for his mastery of writing and his rich ideas, Saadi had in particular developed a series of stories illustrating that the behaviours caused some circumstance in our life. 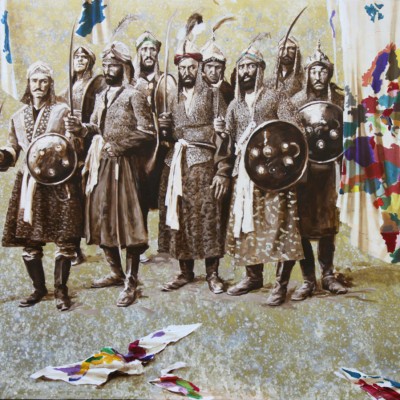 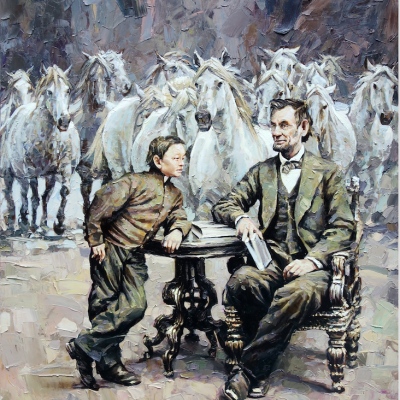 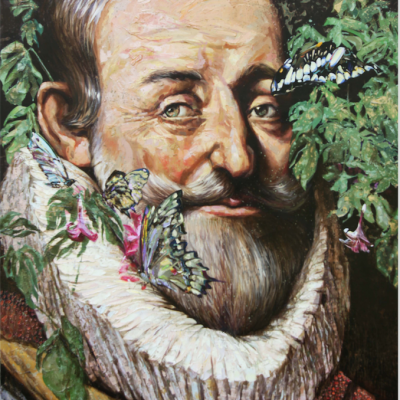 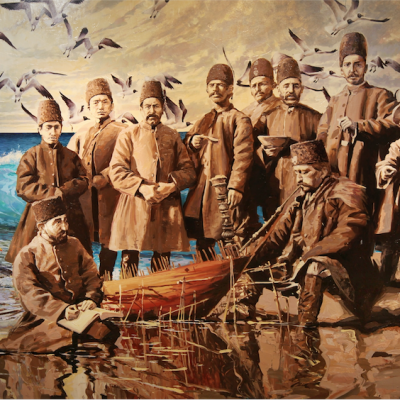 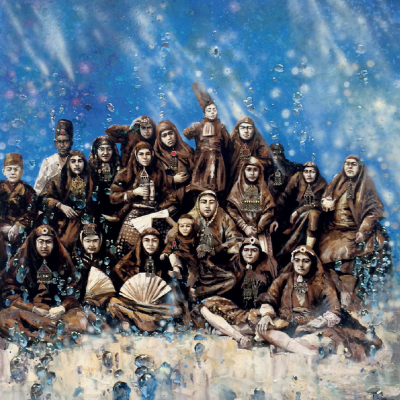 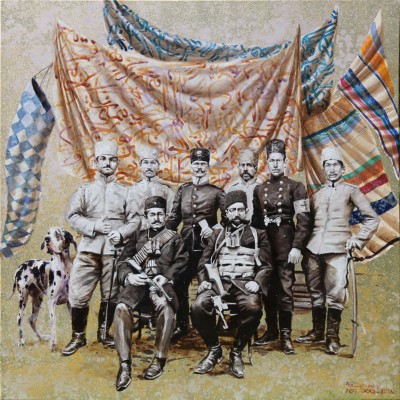 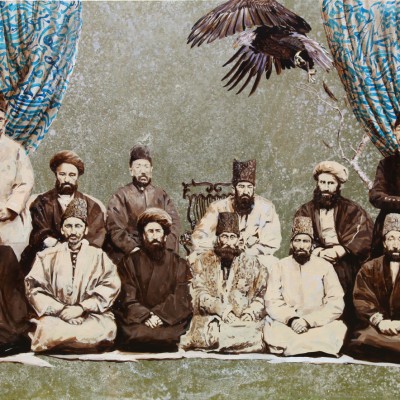 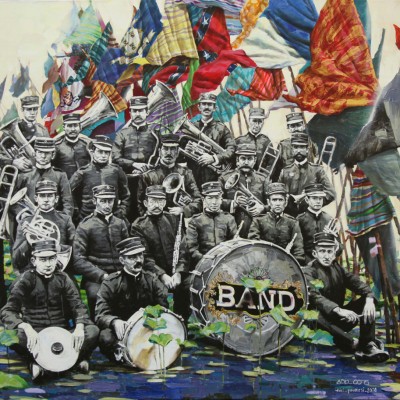