As the basis of civilization, stone is the material firstly used in the constructions which mark the most remarkable and greatest civilizations. For Mun-gi Yang, a Korean artist, this material’s cosmological range is transformed by sculptor’s hands. The stone, in different forms, confronts itself with our gaze for giving new meanings. It was made over with its own identity by being shaped in the form of bag, and being smoothed and engraved as jewelry. For him, a bag, or precisely a handbag, allows the owner to construct an image with witch he could prove his identity, through what the bag contains and also its external appearance.

Mun-gi Yang also wants to question the history and our connection with time. From a luxury bag carved on the stone to a prehistoric bag, artist stains the humankind's’ place with eternity over time. Modern or ancient, rustic or carved, Mun-gi Yang’s work is as much fascinating as astonishing.

His work “Chic Rocks” perfectly embodies this connection with time in a sense of humour, about the relationship between human and object.
Stone, rope and wood, three natural materials are indispensable for the changing of human condition; and are transformed into bag here, different bundles in which the sense of belongings and the sense of existence for everyone assemble. The primitive link with nature and the “prehistoric” form of object are mixed up by carving the motifs on the surface. By printing stamps and coat of arms, these symbols of an universal consumption aesthetic immerse us in a world of chic and fashion.
Through this series of 120 editions, Mun-gi Yang interrogates hence the object and the luxe. For possessing or sharing, immutable as well fragile, this work provokes our envy and imagination, so Chic…, so Rock.

In 2012, sculptor-artist presented his exhibition Story of Luxury Stone at Okgwa Art Museum in South Korea. This exhibition revealed a specific attention, which gives significance and symbolism to luxury handbag by exploiting the aesthetics of stone. In this exhibition, 45 works interrogate the nature of object and of human beings, as well as question the structure of social mechanisms in developing the contemporary desire. Although it seems like these Luxury stones are at first parodic objects of Chinese counterfeit handbags of famous brands, such as Louis Vuitton and Chanel, they go beyond a simple imitation or representation of these objects. Through the characteristics of stone-made items, the useful function of bag disappeared. The object loses its useful features and is now transformed into a symbol, an icon. Only the desire of possession, which related to each brand’s unique visual identity, is kept. The desire here is sublimated by the stone, polished and carved as jewel on the one hand, and its untamed nature and timeless peculiarity for statuary tradition on the other. This diversion carries thus both the modern luxury items and material. The weight of Luxury stones suggests the massive and fetishist characteristics of luxury consumption in Asia, at once the human sacrifices involving the production process and acquisition of luxury goods. These works question the deaf persistence, through the modern market economy, the stress and imperative of being successful in the society. 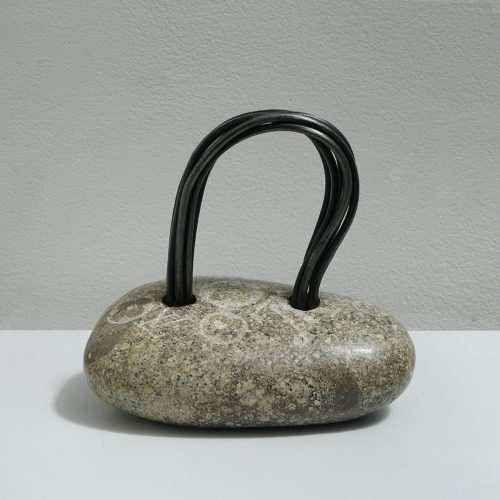 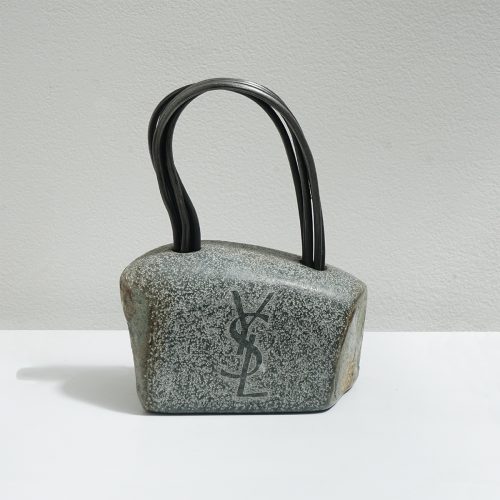 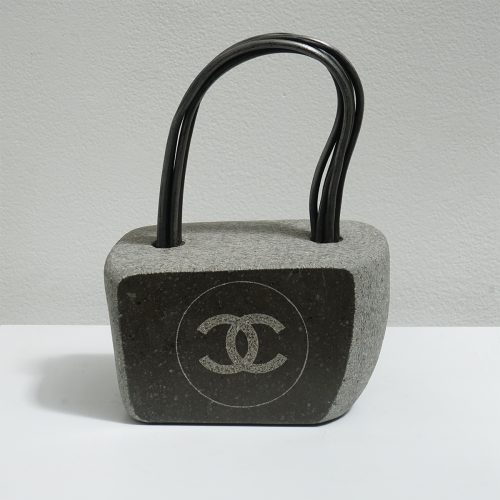 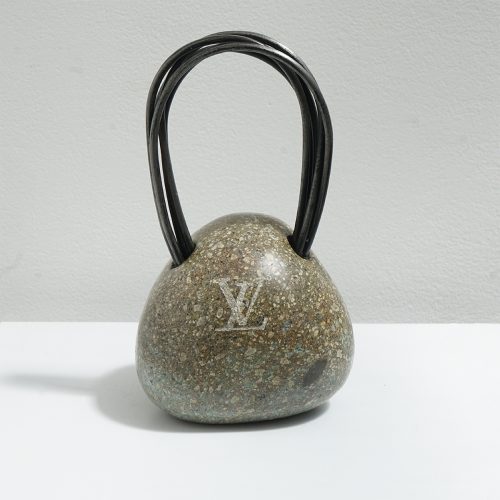 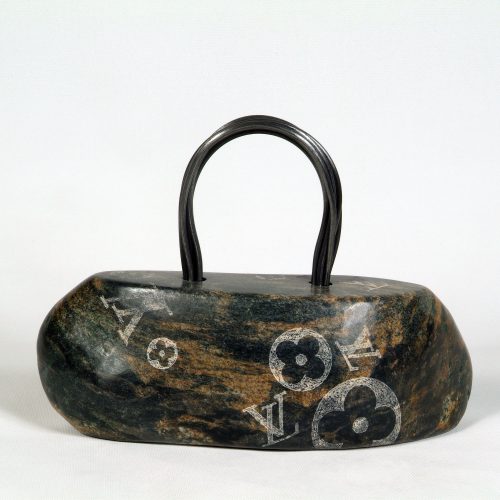 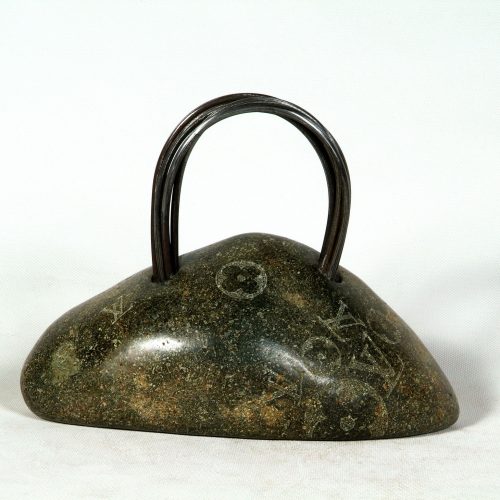 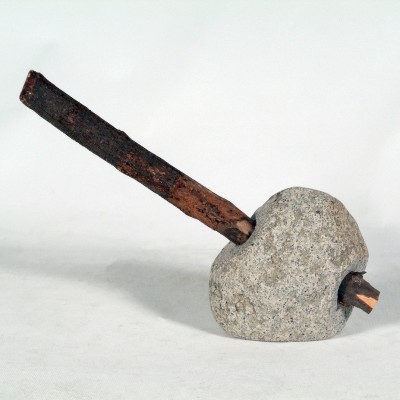 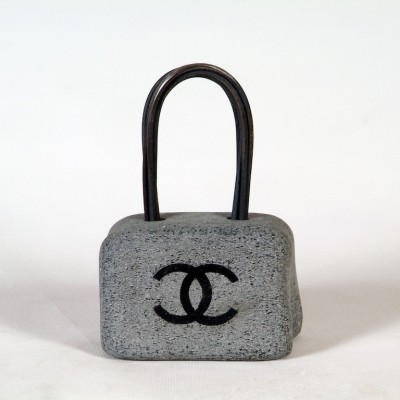 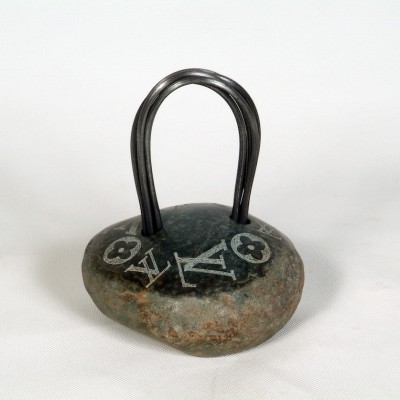 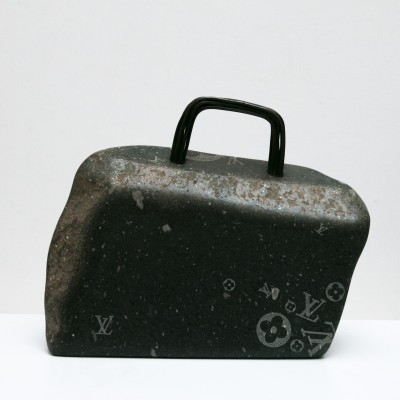 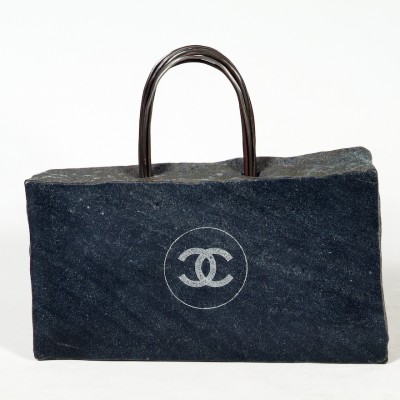 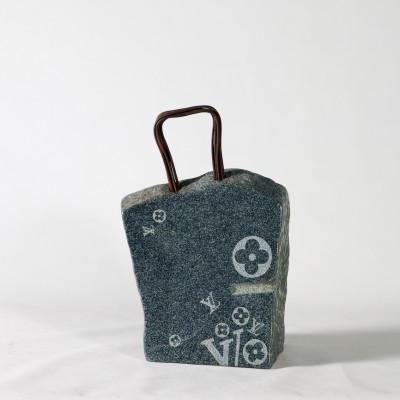 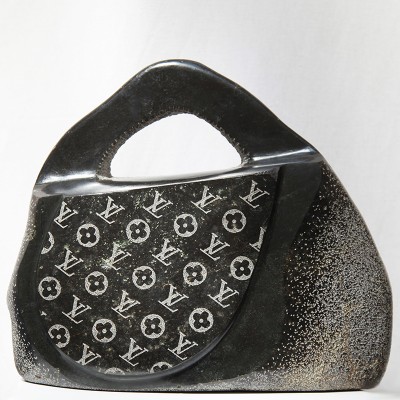 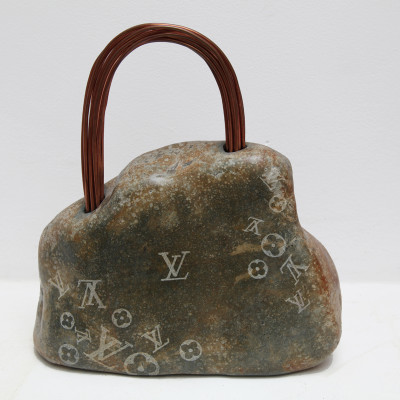 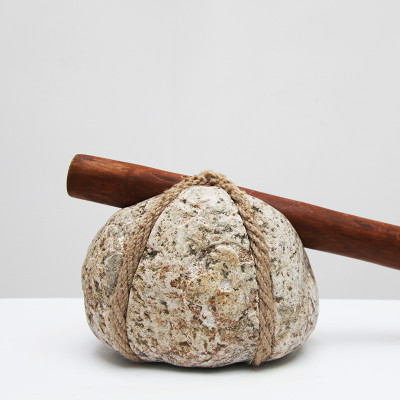