In the work Perdre Terre et ciel, Christos Kalfas illustrates with great poetry the notion of “permanence”. This theme, which is regularly found in his works, allows him to rethink the question of time far from the linear perspective that we generally have of it. In reference to Roland Barthes, he considers that certain ideas or events can slip over time, change space, repeat themselves continuously and "permanently". In the same way, the elements that make up his paintings can therefore detach themselves from their meaning or their initial context and “reincarnate” in new situations, loaded with illusions, dramas, eroticism or lucidity. They are then transformed into “quotes” which necessarily include variations and can be adapted to any interpretation. “(My art) has thus become a myth, a pretext and an occasion for a creative exercise without suffering pathetic consequences” (Interviews, Oct. 1995). For him, it is by working on the “skin” of each thing that one can manage to build a real personal mythology.

Although the quotation superimposed on the surface of this painting is a direct reference to the ancient text of Thucydides dedicated to the Peloponnesian War (The Peloponnesian War, Book III, LXXXII, 4-8), the work does not does not want a literal transcription of a historical scene of the battle which opposed the Spartans to the Athenians. On the contrary, it is a question of expressing the relevance of this quote in a current context: "Reckless audacity passed for courageous devotion A reserved caution for disguised cowardice. Moderation for the pretext of softness Intelligence in everything for total inertia”.

It is an awareness of the error of judgment, misunderstandings or greed, which can lead to tragic results, such as a fratricidal and ideological war. Man's weakness of judgment is plastered over the naked, fragile, defenseless human body. This giant in exile, without face and without identity, hermit without reason or appearance who wanders in a desert, appears like an empty and fragile soul whose only possible salvation can emerge from the two most powerful weapons that the human being possesses: his spirit. and his thought. Symbols of life and rebirth, the robins and the egg suggest the possibilities of renewal available to this disembodied being, lost between two worlds, just waiting to come back to life before our eyes.

Christos Kalfas arrived from Greece over 40 years ago. He currently lives and works in Paris. This is how his experience as an engraver - "this wonder when you pull out the sheet of paper and discover a drawing that is there by a miracle" - joins the emergence of a new painting where figuration is accompanied by a work on the support and the material, but also on the meaning. His scrapings, cuts, incisions on paper, plasterboard, join, through time, the ancient Greek term "graphein" which means both to draw, to engrave, to write. The works of Kalfas, where painting, dreams, symbols and myths play, not only from ancient Greece, but from our Western civilization, deceptively light, imprinted with the divine and the banal, induce us to meditation, to creation of our own myth. 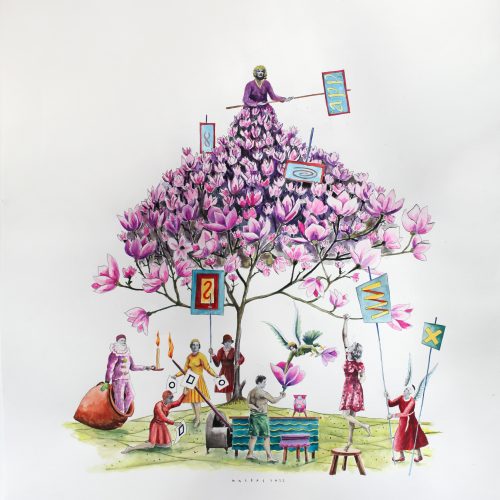 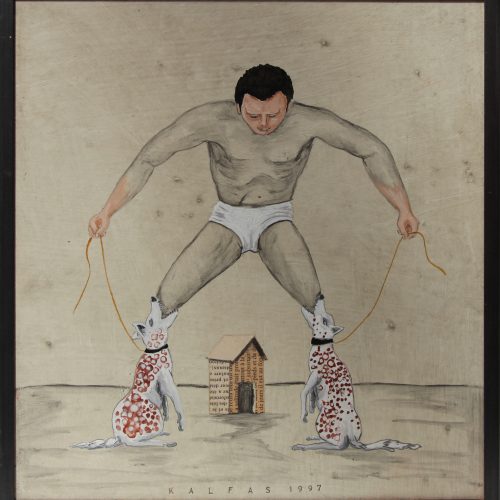 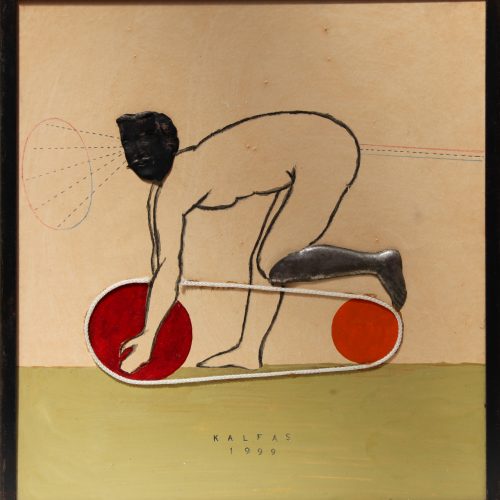 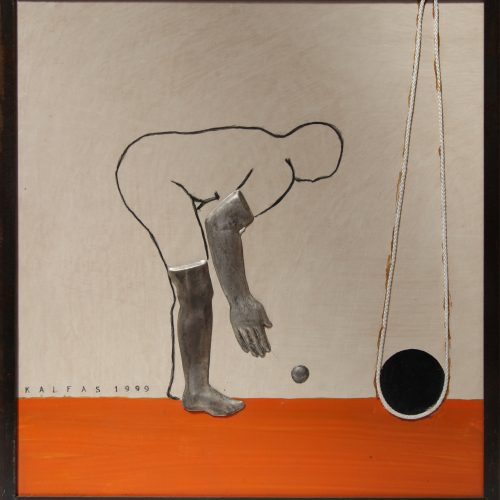 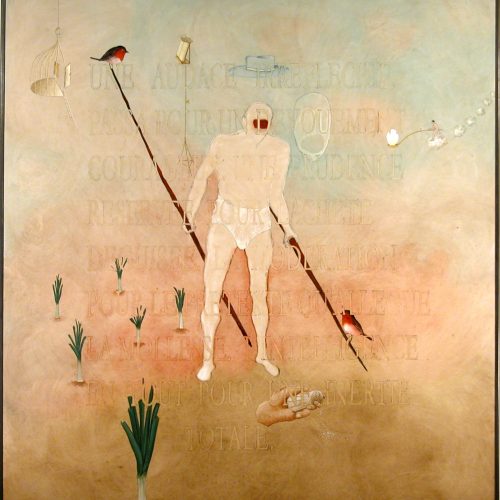 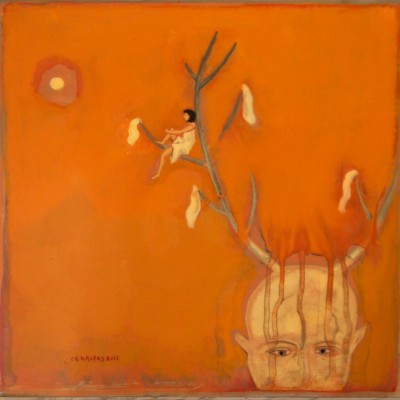 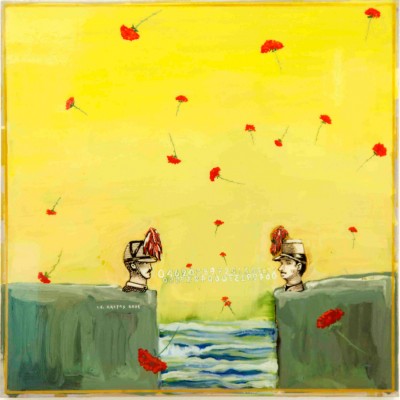