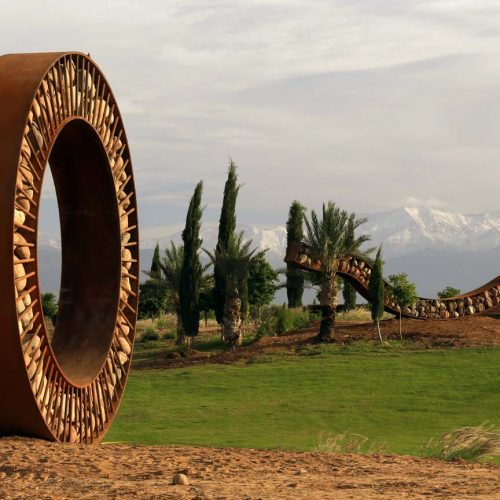 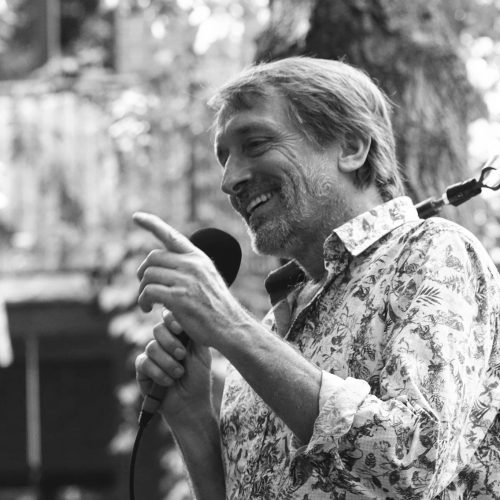 Canadian sculptor Jean Brillant, born in Rimouski, Quebec, in 1959. His family moved to the south of France in 1968 where he discovered, very young, the size of the stone of Vaucluse. This discovery of the material will lead him later to the School of Fine Arts of Aix-en-Provence (1979) then to the Fine Arts of Dijon (1983) before integrating the University of Quebec in Montreal (UQAM in 1983 and 1984) upon his return to Canada. From then on, aware of the differences in means implemented between Europe and Canada in the development of the plastic arts, Jean Brillant immediately presented his first works in an art gallery: the Daniel gallery in Montreal, from 1988. Rich in his Canadian roots and the discovery of the art world through North American galleries and European galleries, he gives free rein to his imagination, freely assembling and confronting natural elements and industrial remains.

Several personal exhibitions have been devoted to him in Canada (Galerie Daniel and Galerie Madeleine Lacerte), and in France (Galerie Pierre Nouvion in Monaco and Galerie Remp’art in Toulon). Since 1994, Jean Brillant has been making outdoor sculptures, which will lead him to gradually break with the traditional market of art galleries. Many of his works are now part of public collections (Musée du Québec, Musée d’art contemporain de la ville de Montréal, Musée d’art de la ville de Rimouski), as well as private collections (Bombardier Foundation, the company Lavalin, Steelcase, as well as many anonymous). Jean Brillant currently lives in Canada, living in a former industrial factory transformed into an artist’s studio, in the heart of Montreal.

“Today, my work is inspired by organic, vegetal and mineral forms. The references are as much physical as psychic. I oppose them to the human being. It is through the use of commercial, industrial and mineral materials that I design my sculptures. Natural forms unfold from the raw material or from the transformed object that has become scrap. It is logical that my large format works find their place in tamed places. These are natural spaces that have been created by the hand of man and this helps to make my sculptures timeless. »