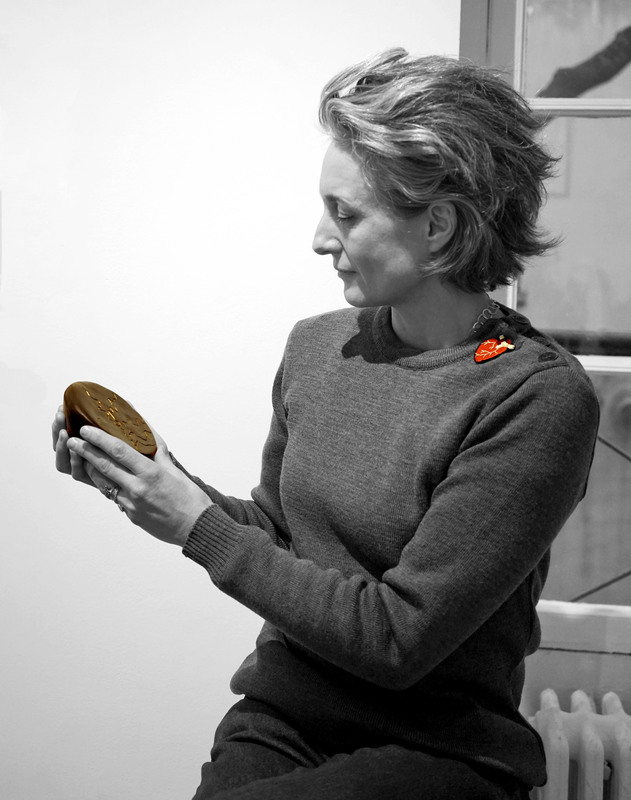 Joséphine de Saint-Seine, born in Paris in 1974, grew up in Apremont, a small village in Picardy and now lives… 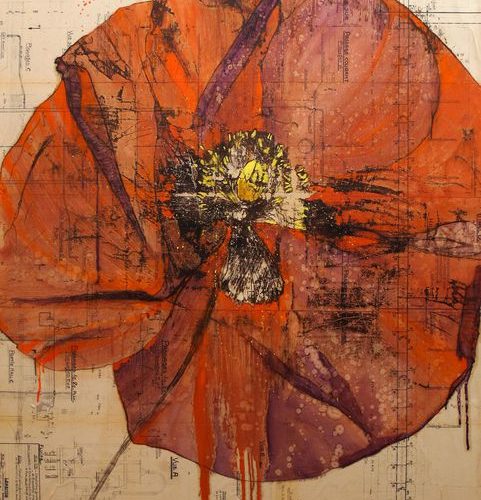 Joséphine de Saint-Seine, born in Paris in 1974, grew up in Apremont, a small village in Picardy and now lives and works in Marseille. Initially favoring oil painting, from 2016 she devoted herself to natural inks (Indian ink and vegetable inks that she designed herself). She therefore develops progressive work around the exploration of the origins of beings and the elements that make up our planet. It feeds on shapes and textures, materials and sensations, the symbolism of colors and the unpredictability of ink touching paper, lines and evanescence, but also the medicinal virtues of plants, the physical virtues and spiritual ones of modeling, and those, poetic and mental ones of writing…

From the Earth, as from the sky…

A true “alchemist”, she thus uses many media to manage to express the sensations she feels in the world around her: plants, textiles, blown glass, installations, video, clay… so many materials that offer us each work a piece of her being…

On the canvases, plants in different stages of hatching are painted in oil on technical planes, evoking the poetry of the immaterial that germinates from the tangible world. Their plant forms invade the surface of the canvas in a hybrid and plural language where writing and image are intrinsically linked. Sublime and fragile, tinged with a carnal and delicious dimension, sometimes lascivious and offered, sometimes mysterious and impenetrable, they are always marked by a precious touch and a finesse inspired by calligraphy and engraving. From industrial architecture emerges a plant architecture whose flowers, delicate and piercing, touch us and insinuate themselves into us. They imbue us with a skin-deep emotion, like the blossoming of a plant world that comes to reclaim its rights, those of the nourishing and pregnant earth, the ultimate link between all men.

From the Origin land, to the Matter land, there was only one step. Joséphine de Saint-Seine crosses it by creating small worlds, to be taken in the palm of our palm and caressed with the tips of our fingers. Its clay weights and beechnuts are modeled, dried, fired, polished and engraved according to a long process that makes them so unique. These “to touch” works, enamelled, patinated or polished, are as many universes to explore in our turn. Populated with clouds, mountains, flowers and lines of life, their furrows are strewn with gold pigments inherited from the tradition of Kintsugi, the Japanese art of repairing broken pieces of pottery with gold to sublimate their imperfections.

Like this ancestral art, the work of Joséphine de Saint-Seine is conceived in an organic and “medicinal” vision of a whole, where each element has its own history and can bring us a lot. For the artist “it is above all the “care” that interests me. Both that of plants (she herself makes natural creams from plants that she cultivates), but also works. It’s also a treatment. We need beauty, we need touch, we need to be connected to things that take us out of everything there is oppressive around us”.