« Bernard Quentin, a semiotic art, a lightshouse towards the post-modern universality of tomorrow  »   Pierre Restany Bernarnd Quentins was born… 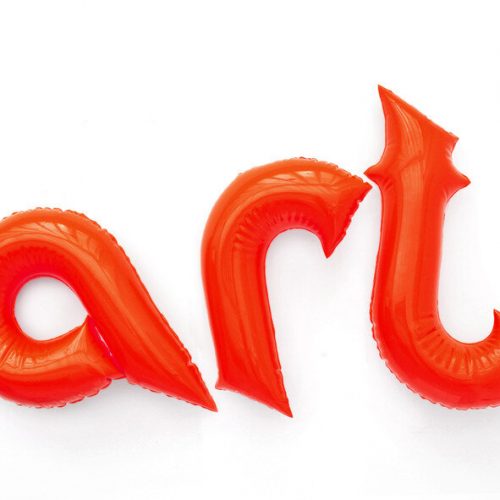 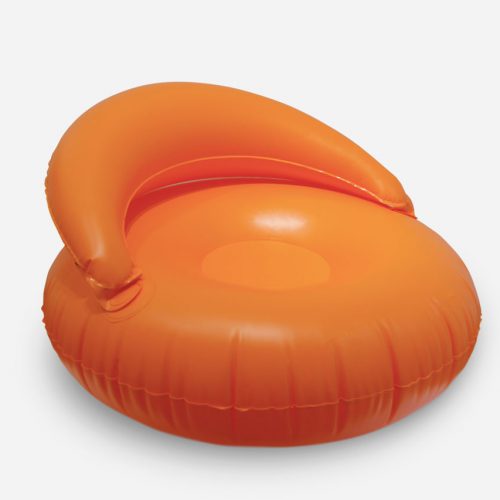 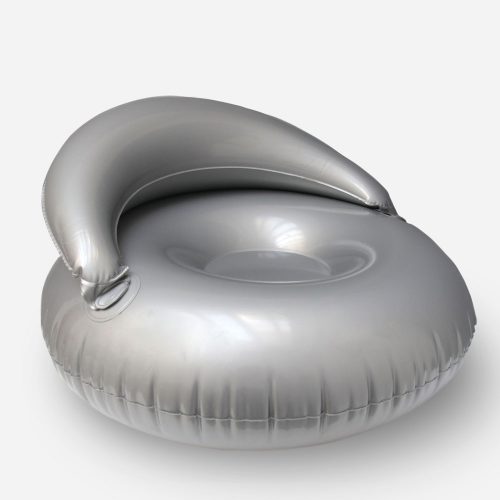 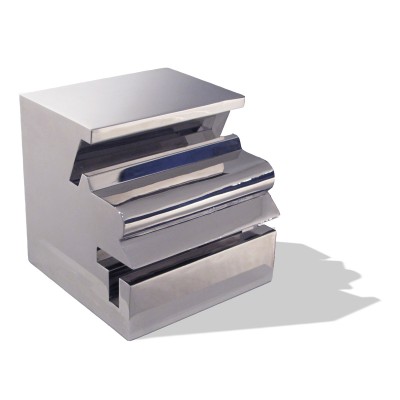 « Bernard Quentin, a semiotic art, a lightshouse towards the post-modern universality of tomorrow  »   Pierre Restany

Bernarnd Quentins was born in 1923. He arrive Paris around 1950 for study the painting, sculpture and the architecture at the National Superior university of Decorative Art and the National Superior University of Fine Art. Between 1942 and 1944,  he was actively involved in the Resistance within the “Maniple” network, and in 1945, while regularly frequented a house of the french thought (Maison de la Pensée Française), he became a friends with Pablo Picasso.

This meeting and his discovery of Guernica will notably influence the abstract and expressionist writing of the unique book on the theme of the horrors of war and the death camps that he exhibited at Under-thirty fair that year, before resume his classes at the National superior University of Fine Arts which had been stopped by the war. He then established himself in the artistic milieu of the Saint-Germain-des-Prés district and frequented existentialist and surrealist group, the painters Wols and Camille Bryen as well as the theoretician of letterism Isidore Isou. He is also member of the band in Boris Vian with Jean-Paul Sartre, Maurice Merleau-Ponty, Anne-Marie Cazalis and Juliette Gréco with whom he then lived in a room under the roof of rue Servandoni.

He exhibited his first ideograms-writings in 1945 on the Gay-Lussac street and presented his first solo exhibition at the House of University in Paris, which have to move the next year to Zurich, Geneva and Bern. In Switzerland he discovered poetic primitivism as well as oriental and African influences in the several writing of Paul Klee. Fascinated by the cuneiform and the egyptian hieroglyphics, the scandinavian runes or rock inscriptions, he then moved away from abstract expressionism to create new ideograms and focused his approach on the question of letters and signs.

After meeting Aimé Maeght(Art dealer) in Cannes in 1947, he then took part in exhibitions with the group Dazzled hands which brought together Joan Miró, Alberto Giacometti, Jean Signovert, Alexander Calder and Antoni Tàpies, and became friends with Pierre Dmitrienko , François Arnal and Serge Rezvani. His first research on the sources of language had led him to travel, particularly in the South of France, in Italy before leaving for the Nordic countries and crisscrossing Scandinavia and Lapland. Back in Europe, he revisit to Switzerland, Germany and Italy where he discovered the futuristic works of monumental automatic writing.

In 1951, he studied  the establishment with Le Corbusier in Sainte-Baume whiche is a city of artists. The artists could build themselves by drawing inspiration from the animal kingdom and collaborated on various architectural works intended at integrating poetry and color in the monumental scriptural environment, especially with mosaics, stained glass windows, tapestries and green spaces participating in urban polychromy. In 1954, he took to the road again and traveled to South America (Brazil and Peru), West Africa (making Fresco in Niamey and Bamako), and several capitals of Eastern Europe (Warsaw, Moscow, Prague) before returning to Paris where he exhibited at Galerie Stadler, Galerie Craven and the Iris Clert’s house.

In 1957, his homage to Monet presented simultaneously at André Schoeller’s  house and at the Galerie Saint-Germain made Pierre Restany say: “This is the moment when Quentin’s writing reaches its maximum dilution in cosmic space: Air, Water, Light.”.  These years were notably marked by a gradual abandonment of tiny signs for an wider, more structured and gestural writing.

The 1960s marked a turning point. Words become the subject of the painting from which they will soon emancipate themselves. Bernard Quentin then moved to Milan where he became friends with Fontana, who profess spatialism, art was expanded and freed from the restriction of painting. He found Yves Klein, Spoerri, Arman and carried out his first research with Olivetti’s oscilloscopes and computers.

As a pioneering artist, he used the Bic pen in automatic writing and experimented with electronic writing. He estimate that the tools of visual communication would soon give an autograph in edge of painting and propelling it in the eyes of Salvador Dalí in real “the pioneer of cybernetic art and electronic writing”.

In 1968, in an excerpt from the special program devoted to different forms of “avant-garde” expression (broadcast on the ORTF and entitled “16 millions of youth”) when the journalist asked Bernard Quentin if he abandoned classical painting and sculpture, the artist’s response is ambiguous:

“Yes. I think painting is over, classical sculpture, that is say to bronze, marble or plaster is completely finished, it no longer corresponds to any means of expression of the 20th century. it perhaps corresponded to the vision of the world that we could have in the Renaissance and in the 19th century, when we thought that man was at the center of the universe and that the artist could, in his studio, look at his navel and distribute masterpieces for a small elite. The artist’s vision has already changed, it is no longer an individual vision that the artist sees himself at the center of the world. I think the artist has to go into the factory and try, through his world view, to maybe modify or create things on an industrial scale.”

His plastic research beyond the classical forms of painting and sculpture of the early 1960s coincided with his new passion for air and pneumatic sculpture. So he produced totemic statues and especially his first inflatable sculptures (the Cybules, the Venus of Chicago) which, called upon to monumental interventions in landscapes, will be seen as predictor Land Art.

In 1963, he exhibited a pulsating inflatable sculpture – Cybule III- to a programmed breathing  at the World’s Fair in New York City, and make a friendship withe Liechtenstein and Warhol. He also became the first designer to make 100% inflatable seats (in particular his crescent chair created for french department Printemps) which were presented in 1963 by the Iris Clert gallery in Paris during an exhibition with futuristic ambition (the show of the year 2014). He returned to Italy to produce other metal structures in welded PVC which he exhibited in 1966 at the “Ball Room” of the Waldorf Astoria at the Central park in New York City, Paris, at the studio of Gunther Sachs in Neuilly and at the Blow-Up in Milan. And  he produced parts in series for sale in the United States and Japan, by the Adamoli group in Milan in 1966.

My sculptures can simulate the life because I can manage suitably through some programming to make them evolve,  breathe, throb, and shudder. I can even get them to change their mood if I want. They can have their own regulation. (…) Since I can’t represent reality as I see it, I am trying precisely, in the second degree by palpitations, tremors, to figure out reality by all this tactile side, all the intimate rhythms, the great cosmic rhythms themselves, and the whole mystery of biology ”(interview for“ the avant-garde) in 1968.

In 1997, He created le collection L’ART+ which aime to extend art in monumental integration to the environment with among Jesus Rafael Soto, Jean Messagier, Jean-Pierre Raynaud, Pierre Restany and Serge Rezvani which commit for  finalty to extend art in monumental integrations to the environment. He developed his “art  language ” (project BABEL 62 renamed “QuentinBabelweb” in 1998), a language based on universal graphic signs, understandable by all.

“It needed to find a universal language and invent the understandable symbols  by all. But the meaning of the symbols may differ from one continent to another. This is why I imposed symbols that can be used by everyone. This is the universal side. I based on Kufic and Zen calligraphy, where each artist adds something, in addition to the meaning”

With Bernard Quentin, the color of the signs situates them grammatically: blue for nouns, green for adjectives, red for verbs, orange for articles and pronouns. His writing system, thought to unite men, is strong with three thousand signs that can say anything, tell everything. Graffiti, stenography, hieroglyphics, pictograms, optical fibers, electronic letters form a veritable “semiotic art”.

2020
"The siege revolts", exhibition at the Museum of the city of Saint-Quentin-en-Yvelines, February 5 to July 25, SQY

2010
Mobi-Boom, the explosion of design in France - 1945-1975
Collective exhibition at the Museum of Decorative Arts, Paris

2007
Writing at the heart of art, Retrospective, Museum of La Poste, Paris

1998
Resumption of the BABEL 62 project for Internet which will be called "Quentin-Babelweb", an art language for citizens of the world

1985
17 sculptures of 2m 30 allowing to read the word "ANAMORPHOSES", "ARTSDU XX", Paris Grand Palais1 984 Anamorphoses of the word "LIBERTE" along the Normandy highway and "NYMPHEAS" in homage to Monet near Giverny Writings in painting, Villa Arson, Nice

1983
"Rue-Poème", giant letters on the ground and on the walls, Paris and Marrakech

1978 / 82
Monuments in giant calligraphy for caravanserai on the road toMecca, Saudi Arabia,

1980
The word "PEACE" is written in 20 languages ​​by 3,000 candle holders on the forecourt of the Center Pompidou, Paris

1975
The words “THE TIME” in giant inflatable letters will dance in the streets, Foundation of the ART + group, New York

1974
Chicago, to celebrate the bicentennial of the USA he produced a “VENUS”, the largest inflatable sculpture in the world 120m long and 26m high
Sit down- The various “seated” achievements of known and unknown architects on the 18th century period to the 1970s, Grenoble Museum

1969
Osaka70, design in inflatable structures for the French pavilion

1967
Universal Exhibition in Montreal, a fully inflatable environmenton the terrace of the French pavilion.
He writes the word "ART", in detached letters, inflatable in Senlis in a landscape

1953
First assessment of current art, then Lyricism and abstraction, collective exhibitions at the Craven Gallery, Paris

1947 / 1948
Exhibition at Maeght, his "stenograffiti" and connects the exhibitions where his scriptural art evolves becoming fuller and more gestural

1945
End of the war after participating in la Resistance Meets Picasso whose "Guernica" will strongly influence him. Produces a work translating the samehorror but translated into expressionist writing: "Les horreurs de la guerre" book of drawings and gouaches, presented at the "Salon des moins de 30 ans" House of the University of Paris, Art Students' Gallery, Place de laSorbonne (traveling exhibition in Zürich, Bern and Geneva in 1946)

1923
Born in Flamicourt in Picardy.